Commander is an exciting, unique way to play Magic that is all about awesome legendary creatures, big plays, and battling your friends in epic multiplayer games! In Commander, each player chooses a legendary creature as the commander of their deck. They then play with a 99-card deck that contains only cards of their commander's colors. Also, other than basic lands, each deck can only use one copy of any card. During the game, you can cast your commander multiple times, meaning your favorite Legendary Creature can come back again and again to lead the charge as you battle for victory!

These Commander decks introduce an ability called eminence that lets your commander lead from the command zone, even before they have entered the battlefield. The eminence ability appears on characters from all parts of Magic lore, allowing you to call on the power and skill of some of the best leaders in the Multiverse.

HOW TO PLAY COMMANDER

The Commander format is all about picking your hero and building a deck around them. In this casual, multiplayer format, you choose a legendary creature to serve as your commander and build the rest of your deck around their color identity.

Only one copy of any card, except basic lands

All cards must be in the color identity of the commander

All commanders start in their command zone

A card's color identity can come from any part of that card, including its casting cost and any mana symbols in its text. Every card in your Commander deck must only use mana symbols that also appear on your commander. Colorless cards are allowed as well. 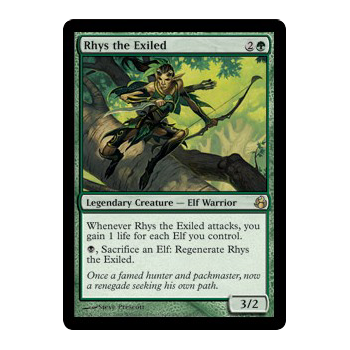 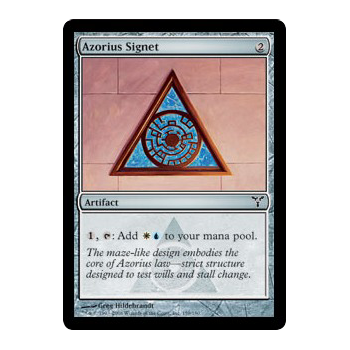 Azorius Signet is a colorless artifact, but it contains white and blue mana symbols as part of its activated ability. Azorius signet's color identity is white and blue. 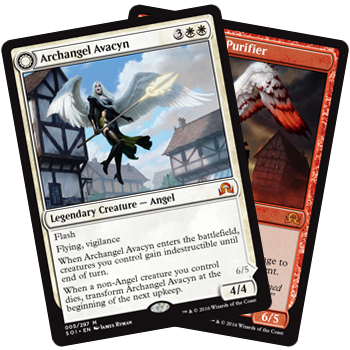 A player that's been dealt 21 or more combat damage by the same commander over the course of the game loses the game. The commander is tracked across zone changes for this purpose (for example, if one player takes control of another player's commander, any damage that commander already dealt is still counted).

If you're playing a game of Commander with three or more people, you play against each other in a free-for-all multiplayer format.

Each player starts with 40 life, places their commander face-up in their command zone, and draws a hand of seven cards. Players are seated randomly in a circle and turns progress one player at a time in clockwise order around the table.

During gameplay, a player may choose to attack any other player, regardless of their position on the table, and can also choose to attack multiple different players during their attack phase. Permanents, spells, and abilities can also target any player around the table (as long as they don't explicitly say they must be used on "you").

Your goal is to crush every other player, using strategy, skill, and the cards at your disposal. The last player left standing in each game wins!

The following cards are banned from the format:

Cards whose art, text, name, or combination thereof that are racially or culturally offensive are banned in all formats. This list is a work in progress. Click here for the list.